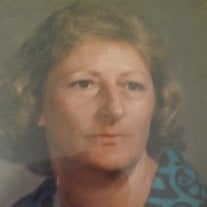 Great Falls, SC: Betty “Till” Raffaldt, 67, died Sunday, February 3, 2013 at the home of her sister, Peggy Daughtery. A funeral service will be held 3:00 PM Tuesday, February 5, 2012 at Dantzler-Baker Funeral Home with Reverend Roy Puckett officiating. The family will receive friends also Tuesday at Dantzler-Baker Funeral Home from 1:00 pm until 3:00 pm. Interment will be held in Greenlawn Cemetery. Mrs. Raffaldt was born on September 15, 1945 in Chesterfield County. She was a daughter of the late James Harrison Plyler and Eula Horne Plyler Banks. She attended the schools of Lancaster County and was employed with J.P. Stevens for many years and later with Chester County School District. Mrs. Raffaldt was of the Baptist Faith. She is survived by two daughters, Gina Raffaldt and Chasity Raffaldt both of Great Falls, SC; four brothers, Charles “Bud”Plyler of Pageland, SC, John “Catfish Plyler, Joe Plyler and his wife Leslie and James “Bird” Banks all of Great Falls, SC; three sisters, Peggy “Tad” Daughtery and her husband James of Richburg, SC, Mary “Randy” Threatt of Pageland, SC and Bonnie Leonhardt and her husband Roddey of Great Falls, SC and four grandchildren, Austin and Dillon Pearson and Kelsey and Destiny Hinson all of Great Falls, SC and a special family friend, Melva Duvall of Indiana. She was preceded in death by a brother Billy Carson “Dick” Plyler. Memorials may be made to Hospice Care of South Carolina, 173 Columbia Street, Chester, SC 29706. Online condolences may be made to the family at www.dantzler-bakerfuneralhome.com.

The family of Betty "Till" Raffaldt created this Life Tributes page to make it easy to share your memories.