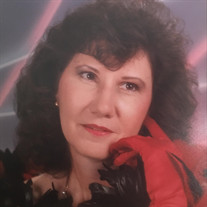 Great Falls Mrs. Jacqueline Louise Best Catoe Livingston, 75, died Thursday, September 26, 2019, at MUSC Nursing Center in Chester. A private service will be held. Mrs. Livingston was born November 28, 1943 in Lancaster, SC and was a daughter of the late Jerome Yoman Best, Jr. and Louise Stevens Best. She was a graduate of Lancaster High School and was retired from Kanawha Insurance as a claims processor. Mrs. Livingston was a member of Mt. Zion Baptist Church. She was a loving grandmother who cherished her grandchildren. She is survived by her husband, Marion Brazell; one son, Sam Catoe of Great Falls; two daughters, Renee Adkins (Bruce) of York, SC and Mary Beth Brown (Sean) of Cottleville, Missouri; one brother, Jerome Yoman Best, III of Lancaster; one sister, Jeanne James of Great Falls; four grandchildren, Ariel, Dalton, Kristin and Chase; one great granddaughter, Lera; and numerous nieces and nephews. Mrs. Livingston was preceded in death by her first husband, Oscar Samuel Catoe, Jr. and her second husband, Richard Terry Livingston. Instead of flowers to mom, we ask you to redirect that time and money toward your own child, parent or loved one. Don’t put it off either! Mom would be thrilled to know her passing leads to countless families getting together to share their most precious gifts…time and love. Online condolences may be made to the family at www.dantzlerbakerfuneralhome.com.

The family of Mrs. Jacqueline Louise Catoe Livingston created this Life Tributes page to make it easy to share your memories.