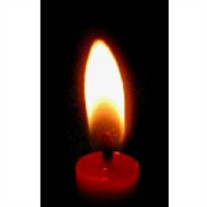 Great Falls: Mr. Robert Eugene “Bobby” Walden, 55, died Thursday, April 19, 2012, at MUSC in Charleston. The funeral service will be held at 2:00 PM on Monday, April 23, 2012 at Trinity Baptist Church with his nephew, Rev. John David Wilson, officiating. Interment will follow in Greenlawn Cemetery. The family will receive friends from 7:00 – 9:00 PM on Sunday, April 22, 2012 at Dantzler-Baker Funeral Home, 26 Underwood Ave., Great Falls, SC. Mr. Walden was born March 6, 1957 in Chester County, SC and was a son of the late Robert Ford Walden, Jr. and Elizabeth Ann Baker Henson. He attended the schools of Chester County and was employed by Performance Fibers of Winnsboro as a material handler. He was a member of Trinity Baptist Church where he was a deacon and a former choir member. He is survived by one son, Russell Walden of Great Falls; one sister, Debbie Blakley of Richburg; one brother, Ray Henson of Great Falls; his stepfather, Bill Henson of Great Falls by whom he was reared; two half-brothers, Darrel “Bush” Walden of Lancaster and Michael Walden of Great Falls; and numerous nieces and nephews. Memorials may be made to Trinity Baptist Church, P.O. Box 297, Great Falls, SC 29055. Online condolences may be made to the family at www.dantzlerbakerfuneralhome.com.

The family of Robert Eugene Walden created this Life Tributes page to make it easy to share your memories.