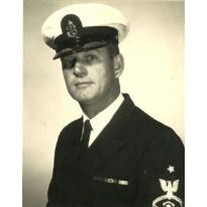 GREAT FALLS Charles Edward Moss, Sr., 79, of 206 Francis Ave., Great Falls died Sunday, February 7, 2010 at Wayne T. Patrick Hospice House in Rock Hill, SC. The funeral service will be conducted at 3:00 PM, Wednesday, February 10, 2010 at Trinity Baptist Church, Great Falls. Reverends Patrick Blackmon and Curtis Cameron will officiate and burial will follow at Greenlawn Cemetery in Great Falls. Mr. Moss was born December 7, 1930 in Spindale, NC. He was the son of the late Olin V. and Jettie Moss. He was an active member of Trinity Baptist Church having served as a Deacon, Treasurer, choir member and other leadership positions. He attended the Great Falls schools and graduated from high school in 1949. He proudly served in the U.S. Navy for 23 years including service during the Korean and Vietnam wars. He retired in 1972 as a Senior Chief Petty Officer. At the time of his retirement, he was serving as an Instructor at the Electrician Mate “B” School in Great Lakes, IL. He served aboard seven ships and three shore stations during his naval career. He served aboard two navy icebreakers, two destroyer escorts, two submarine tenders and an aircraft carrier. He served in both the Arctic and Antarctic while stationed aboard the icebreakers. He was accompanied by his family while stationed aboard the USS Hunley, a Polaris submarine tender in Holy Loch, Scotland for three and a half years. After his Navy retirement, he worked for Seco Electronics, a division of Dana Corp in Lancaster, SC for 19 years as a Production Supervisor and Manufacturing Engineer. He is survived by his wife, Mary Sims Adams Moss and three children by his first wife, Elizabeth Croxton Moss; one son, Charles E. Moss, Jr. and wife, Melissa of Great Falls; two daughters, Tracy Stolarski and husband, Mike of Atlanta, Ga. and Karen Noah and husband, Dale of Charlotte, NC; four grandchildren and three great grandchildren. He is also survived by four step-children; ten step-grandchildren and three step-great grandchildren; one sister, Shirley Osborne and husband, James of Great Falls. He was preceded in death by his wife of 49 years, Elizabeth Croxton Moss and a sister, Joyce Wilson. The family will receive friends from 6:00 to 8:00 PM on Tuesday at Dantzler-Baker Funeral Home, 26 Underwood Ave., Great Falls, SC. At other times the family will receive friends at the home at 206 Francis Ave., Great Falls, SC. In lieu of flowers, please make memorials to Trinity Baptist Church, P.O. Box 297, Great Falls, SC 29055 or to the Wayne T, Patrick Hospice House, 2275 India Hook Rd., Rock Hill, SC 29732. Online condolences may be made to the family at www.dantzlerbakerfuneralhome.com.

The family of Charles E. Moss, Sr. created this Life Tributes page to make it easy to share your memories.