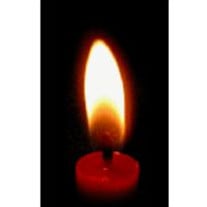 Great Falls George D. Greenleaf, 91, of Lexington, SC, formerly of Suffield, Connecticut passed away on Monday, January 4, 2010 at Lexington Medical Center in Lexington, SC. A memorial service will be held at 4:30 PM on Friday, January 8, at Mount Dearborn United Methodist Church, 10 Calhoun St., Great Falls with Rev. Scott Smoak officiating. Inurnment will be in Arlington National Cemetery at a date to be announced. Dantzler-Baker Funeral Home is in charge of local arrangements. Born January 29, 1918 in Hartford, Ct., he was a son of the late Dana A. and Gertrude C. Greenleaf. A resident of Suffield, Ct since 1940, he attended the public schools and graduated from Trinity College in 1939. He taught mathematics, physics, and computer science at Suffield High School for forty years. He also taught at Tauranga College in New Zealand on a Fullbright Exchange. He retired in 1980. Mr. Greenleaf served in the United States Army during World War II. He was assigned to the 1st Amphibious Engineer Brigade and the Advance Section of Supreme Headquarters Allied Expeditionary Forces in the European Theater of Operations. He made four amphibious landings in that theater. After release from active duty, he served in the U.S. Army Reserve’s 76th Division (TNG) until 1978, retiring with the rank of Colonel. Mr. Greenleaf was preceded in death by his wife, Katherine, of sixty three years and a granddaughter, Jennifer. He is survived by three sons; Dana and his wife, Debbie, of Great Falls, SC, Kevin and his wife, Ellen, of Moyie Springs, Idaho, and Geoffery and his wife, Ann, of Kansas City, Missouri; and a sister, Peggy Daviduke of Windsorlocks, Ct. He also leaves four grandsons. Memorials may be sent to Mount Dearborn UMC, P.O. Box 246, Great Falls, SC 29055 or The Army Historical Foundation, 2425 Wilson Blvd., Arlington, VA. 22201. The family will receive friends at the home of Dana and Debbie Greenleaf, 102 Magnolia Ave., Great Falls immediately following the service. Online condolences may be made to the family at www.dantzlerbakerfuneralhome.com.

The family of George Dana Greenleaf created this Life Tributes page to make it easy to share your memories.